This guide will introduce you to the graphic novel and manga collection in the Madigan library, including library and web resources helpful for academic research.

Over the past couple decades, the graphic novel has garnered attention in both the academic world and popular culture. What, you may ask, makes the graphic novel different from the funny strips found in the newspaper or a comic book?  Also, what is manga and why do you read it right to left?

A graphic novel is defined by Marvel as, “a long-form work in the comics form, usually with lengthy and complex storylines, and often aimed at mature audiences[1].” Unlike a comic book, these typically have a beginning, middle, and an end, and are often compilations of a series of comics published as one volume. However, they can also be published as standalone narratives, without previously appearing elsewhere.

In English, manga is any graphic novel or comic book originating from Japan.  Holding true to Japanese format, these publications are typically published right-to-left[2].  Anime refers to animated features first broadcast in Japan and dubbed in English.  Manga    and anime share style traits, such as exaggerated physical features (big eyes) and emotions (sweat droplets or popping out veins).

Is there a graphic novel or comic book you would like to see added to the Madigan library's collection? If so, stop by the library and fill out a suggestion form, located on the popular collection shelves, where you can also find a number of titles owned by PCT. 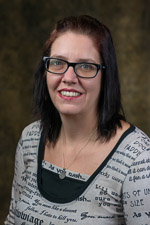