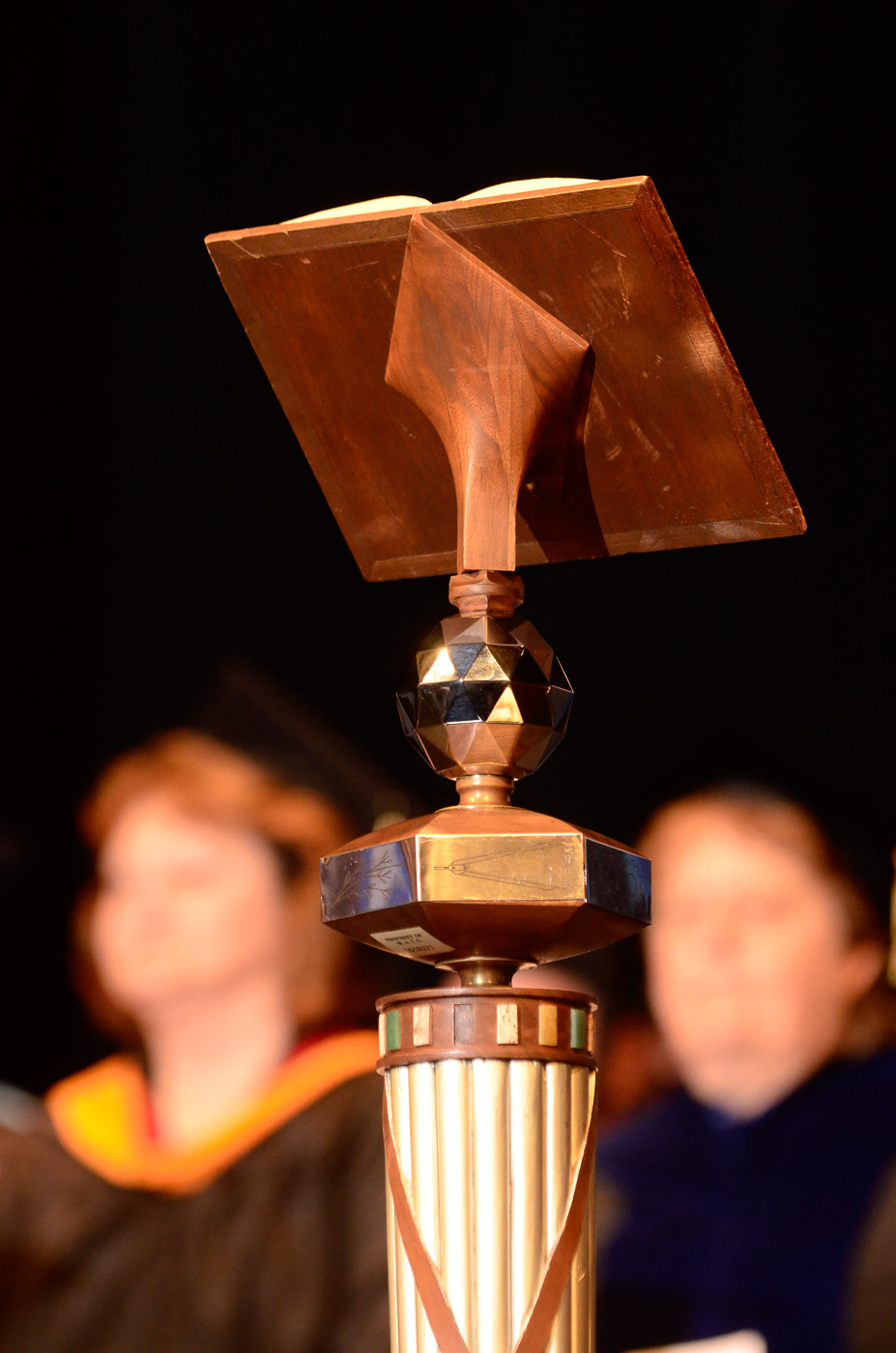 power and authority of higher education. The mace, originally a medieval club used as a weapon of war, can also be seen as a staff or scepter. In fourteenth-century universities, the mace was often used to restore order when debates between students and faculty became particularly heated.

The Penn College mace was designed by Frederick T. Gilmour, an alumnus and former employee of the college. The following description is taken from the 1985-1986 Annual Report of the Williamsport Area Community College:

"The base of the mace is formed by 16 fasces bound together by leather thongs. Above the fasces is a walnut cylinder in which 15 semi-precious stones are set. A hexagonal insignia block--featuring a stainless steel engraving on each face--is above the cylinder. The engravings featured are a key, a set of paired gears, an oscilloscope pattern, a micrometer, a divider and a laurel branch. Atop the insignia block is a chrome-plated polyhedron. Capping the mace is an open book."